As the only journalist who covered the 1989 investigation and the trials in 1993-94 and 1995, I want to welcome the thousands of new supporters of the Menendez brothers. You are collectively responsible for over 800 million views of Menendez TikToks as of mid-May 2021. 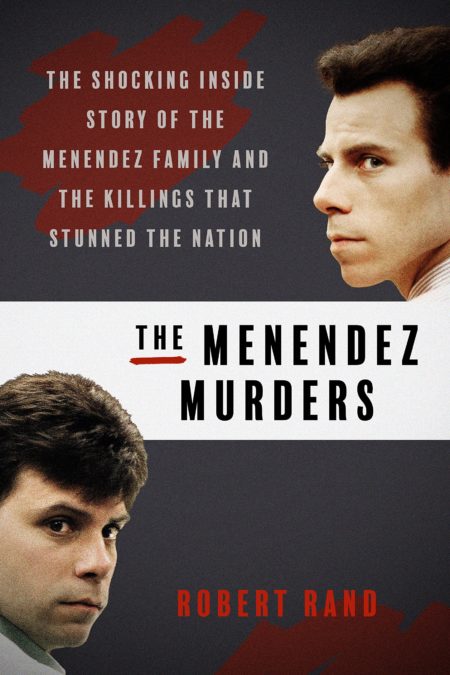 Interest in the Menendez brothers’ case exploded in the last few months.

The groundswell began in 2017 with the TV premieres of several documentaries and NBC’s eight-episode limited series Law & Order True Crime: The Menendez Murders.

Social media users were overwhelmingly sympathetic to the brothers during the NBC show, which debuted during the early days of the #MeToo and #MenToo era.

My 2018 book The Menendez Murders provided the primary source material for NBC. (Plug: The series is streaming on Amazon, YouTube, and Google Play.)

The NBC series was a 180-degree flip from the general perception that the brothers were just greedy rich kids who killed Ozzie and Harriet on a quiet Sunday night in Beverly Hills. There was little internet or social media when the brothers went on trial in 1993.

Earlier this year, the current explosion of passionate Menendez advocates caught the attention of the New York Times: 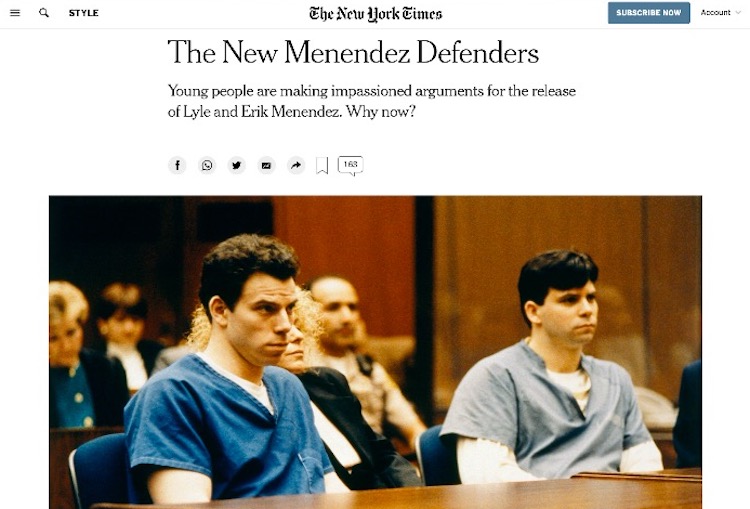 Sharon Ross, a professor of media studies at Columbia College Chicago who studies television and fan behavior, told the paper that the boom in true crime reportage, alongside “short-form social media like TikTok that encourages ‘bite-sized’ high-impact posts that aim to generate reactions,” has fueled debate among young people online on “big picture issues such as how we define truth, justice, and equity.”

Such discussions defy the black-and-white morality tales spun as entertainment in the ’90s.

“The 1990s in the U.S. was the decade for infotainment, from more normative news coverage to Jerry Springer,” Ms. Ross said, citing the headline-dominating stories of O.J. Simpson, Nancy Kerrigan, and Lorena Bobbitt.

The Menendez brothers belong to a category of criminals whose stories are being retold with more nuance and reassessed in light of shifting public opinion.

“We are right now much more attuned as a society to the realities of the impact of domestic violence, sexual abuse and harassment, and racist violence and harassment,” wrote Ms. Ross. “This allows us to look at ‘reactions’ to such elements with 20/20 hindsight.”

On, April 2, 2021, ABC’s 20/20 aired a two-hour special about the international movement of new Menendez supporters. (That special is now streaming on Hulu.)

I began blogging about the case a year before the book came out. Lately, I’ve been writing almost daily on Instagram.

I am continuing to actively report on the case.

Some of the research included in my book could become significant new evidence if the brothers ever decide to file a new appeal.

Dan Zupansky just interviewed me about the renewed interest in the Menendez case for his popular TRUE MURDER podcast.