Erik and Lyle Menendez were both found guilty of first-degree murder and conspiracy to commit murder.

As a consequence, only two options were left in the trial’s Penalty phase:

That evening, I analyzed what happened the second trial on the 11 PM KCOP-TV Los Angeles newscast (video, above.)

In the subsequent penalty phase of the trial–it ended April 17–the two juries voted for life without parole.

Several jurors told later that they would not have voted for first-degree murder if they had heard the detailed family history in the guilt phase of the trial.

The second trial jurors never heard that evidence until they had already convicted Lyle and Erik. 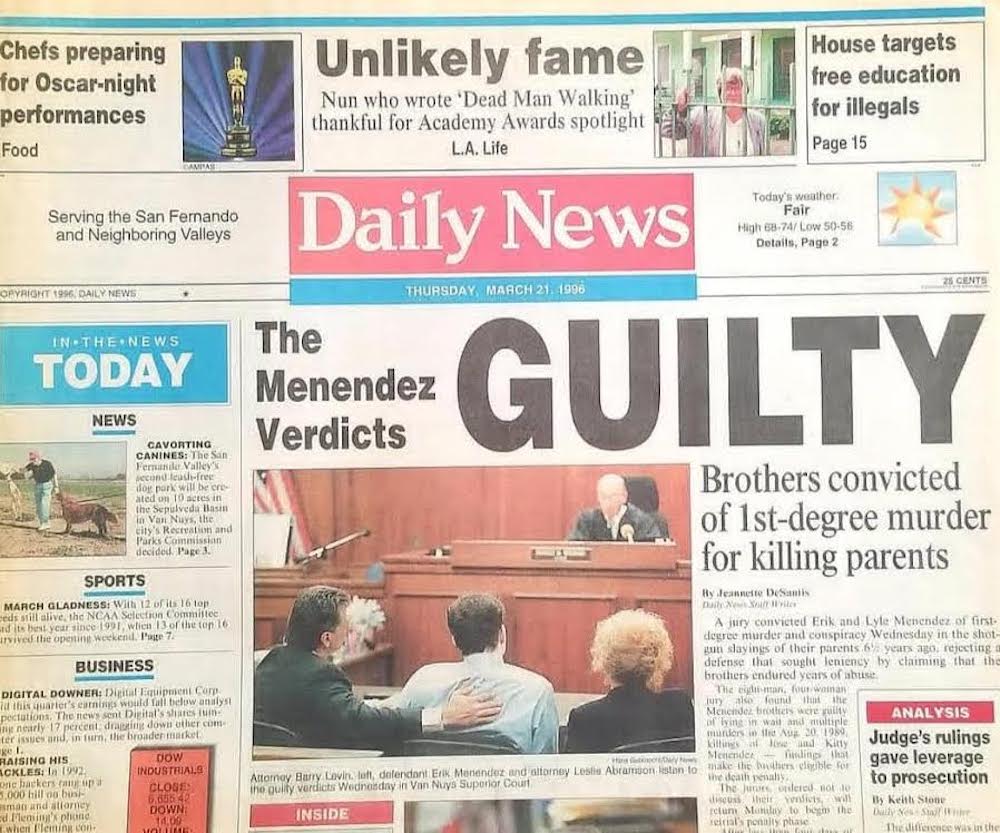 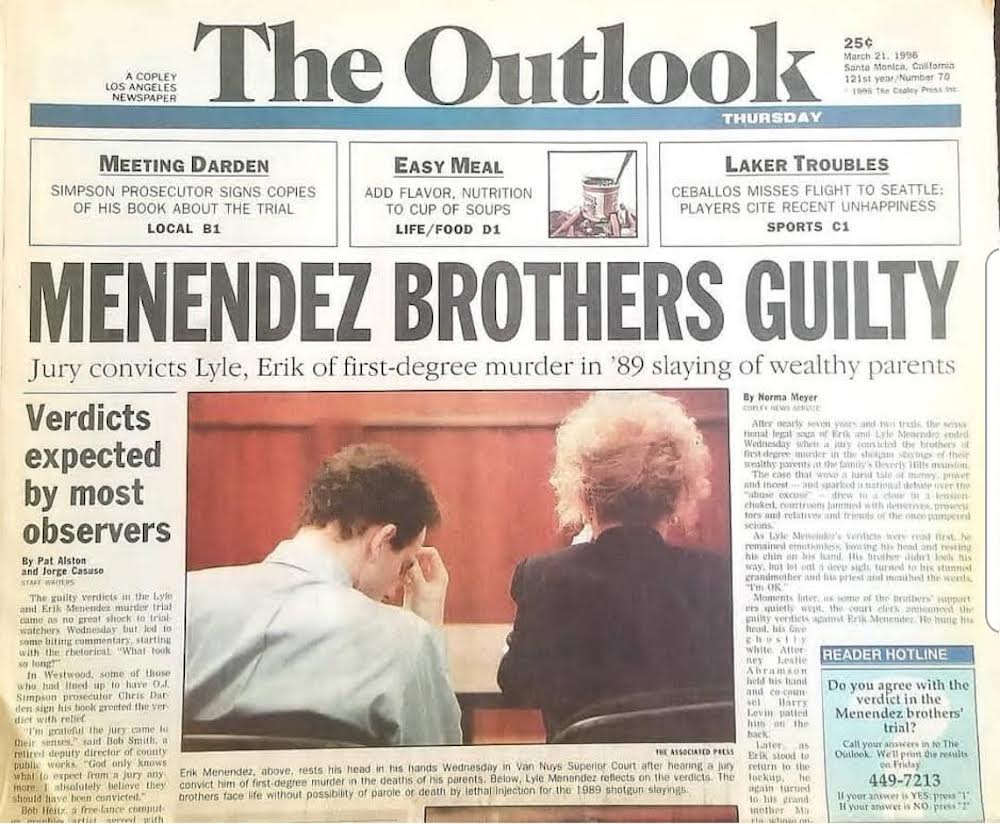