In the eighteen months since the release of The Menendez Murders, I’ve heard from hundreds of people who have read (or listened) to my book.

People reach out on social media, through this website and by writing reviews on Amazon.

Here’s an example of my favorite type of message — a reader who has changed her opinion about Lyle and Erik Menendez after learning the details of their case through my reporting.

This note came from Meg in Michigan a few days ago:

I just finished your book about the Menendez murders.

I was one of those people who didn’t believe that the brothers were molested by their parents, that they were simply greedy little murderers.

Thanks to your hard work in delving into their case, you’ve done something I didn’t think was possible: you humanized not only Lyle and Erik, but humanized their parents, as well. For that, I must thank you. I see that their family was a tragedy in the making, and a needless tragedy at that. There are absolutely no “winners” in this case, and through your book, I feel empathy for all of them that I never felt before. This could be anyone’s family. I’m sorry that this is what that family became.

In my travels, I talk with lots of people about the brothers. Yesterday, I visited with Belinda, a clerk at Koontz Hardware for 25 years, a store in West Hollywood where I’ve been shopping since the 1990s.

I asked Belinda if she was familiar with the case. That led to a twenty-minute discussion. She had watched some of the trial and saw some of the documentaries about the case.

Belinda believes the testimony of Erik and Lyle and she would like to see them released from prison. I ran home and brought her a copy of The Menendez Murders.

Belinda said she’d like to watch Law & Order True Crime but she was more interested in reading the details in the book.

One of my favorite ways to spread the truth is to appear as a guest on true crime podcasts. The format provides me with an opportunity to expand upon the book.

The questions frequently take me down the rabbit hole of obscure tangents and minutiae I hadn’t thought about in a long time. I have about fifty banker boxes with my thirty years of reporting files

Last October, I was a guest in a 90-minute episode of Dan Zupansky’s popular
True Murders podcast. 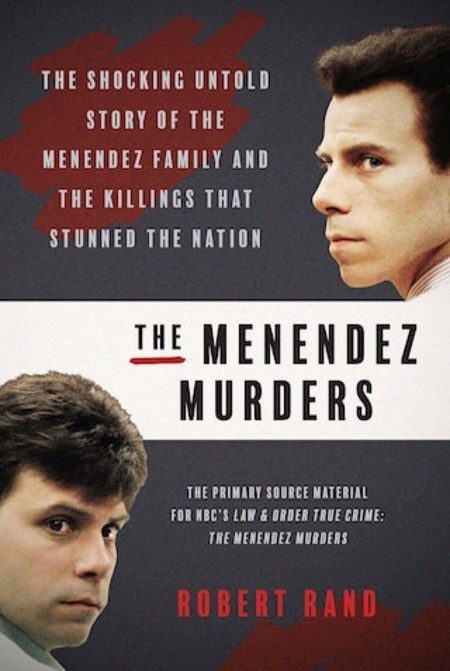 Here’s a Menendez episode from the House of Mystery podcast episode that premiered in December 2019.

And my most recent podcast was on this well-produced episode of The History of the 90s, hosted by journalist Kathy Kenzora and distributed by Global News in Canada. It’s embedded below.

My thanks to everybody who has had me on as a guest.

I have 350-400 audiotaped interviews with all of the major characters in the Menendez case going back to when I met Lyle and Erik in October 1989. It would be five months before the Menendez brothers were arrested the next March. They were not suspects publicly and I had no reason to be suspicious of them.

My article — published in The Herald on Christmas Eve 1989 — featured the first media speculation that the Beverly Hills Police investigation was focused on the brothers.

Ten weeks later, they were in custody at the L.A. County jail. That’s when the story exploded into an international sensation, a pair pf trials the ended in a miscarriage of justice that people continue to follow all over the world – thirty years after their arrest.

ORDER FROM AMAZON
The Menendez Verdict : A Miscarriage of Justice 30 Years Ago
Share
Tagged on: feedback    murders    podcasts    readers