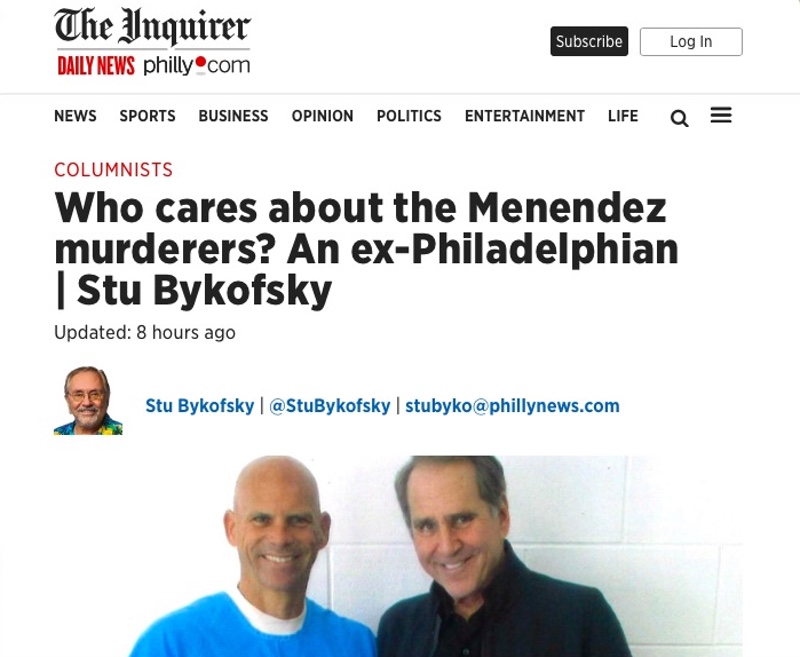 Three decades after the infamous Menendez brothers killed their parents and were sentenced to life, who gives a damn about what happened to them?

One former Philadelphian does, disturbed by a perceived miscarriage of justice.

Robert Rand is a latter-day Don Quixote, a journalistic knight errant carrying a pen rather than a broken lance. He has no Sancho Panza as a sidekick, just an unquenchable pursuit for justice.

Since the Menendez murders on August 20, 1989, the mainstream media has gotten this story wrong.

My book has the most accurate and factual account about the case ever published or broadcast, and here’s why.

The Menendez murders were never a traditional true crime story about a pair of greedy rich kids in a hurry to inherit their parents’ estate.

The real story is about inter-generational sexual abuse that began with the molestation of the brothers’ grandmother, Maria. The cycle of abuse continued when she molested her young son, Jose, and with the molestation of Kitty Menendez by a relative when she was a little girl. The Menendez story is more relevant than ever with the #MeToo and #MenToo movements of the past year (plus the recent Pennnsylvania AG’s report about the Catholic church).

I learned deep-dive investigative reporting working in the KYW I-Team in Philly for four years with Tony Lame, the former City Hall bureau chief of the Philadelphia Inquirer, Tyree Johnson from the Daily News, and Marge Pala who came from the Washington Post.

It was a better education than any J-school, learning to report from experienced pros like Lame, Johnson and Pala.

Thanks, Stu Bykofsky for this column.