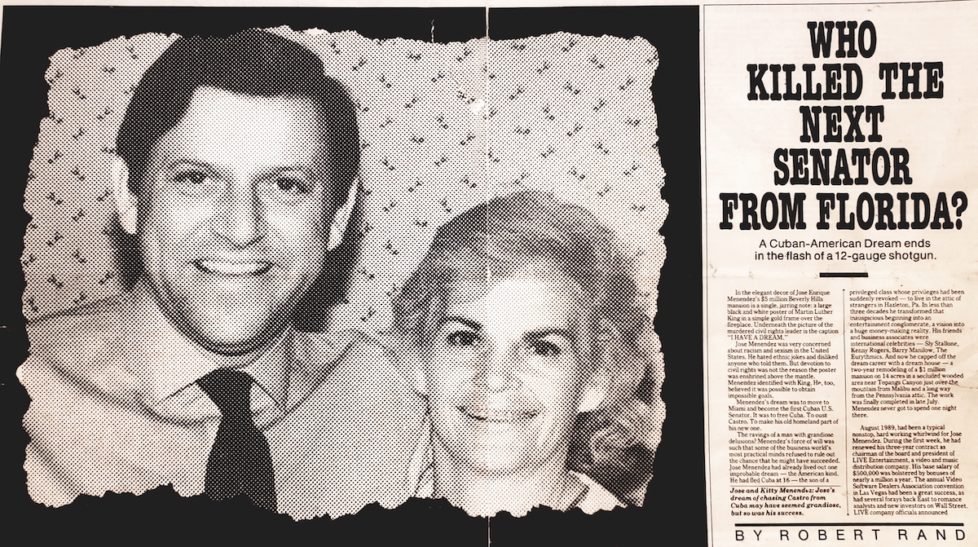 The killing of Jose and Kitty Menendez on August 20, 1989 was initially thought to be a mob hit.

On August 25, 1989 – the day of the boys and family staged their Hollywood memorial service – the Wall Street Journal ran a story headlined “Hints of a Mob Rub Out.”

The WSJ cited alleged ties between Jose’s company – LIVE Entertainment – and the Mafia.

This was years before the Internet, the 24-hour news cycle and social media. On Christmas eve 1989, my story about the case for the Miami Herald Sunday magazine included (photo, above) the first media speculation that the Beverly Hills Police were focused on Erik and Lyle Menendez.

I had interviewed both brothers that October  for a biography about their father Jose . The boys were not suspects publicly and I had no reason to be suspicious of them.

A few hours later, BHPD chief Marvin Iannone held a news conference to announce the arrest of Lyle and the international manhunt for Erik.

In the most cryptic comment of the day, Chief Iannone told reporters “who knows what really goes on within a family.”