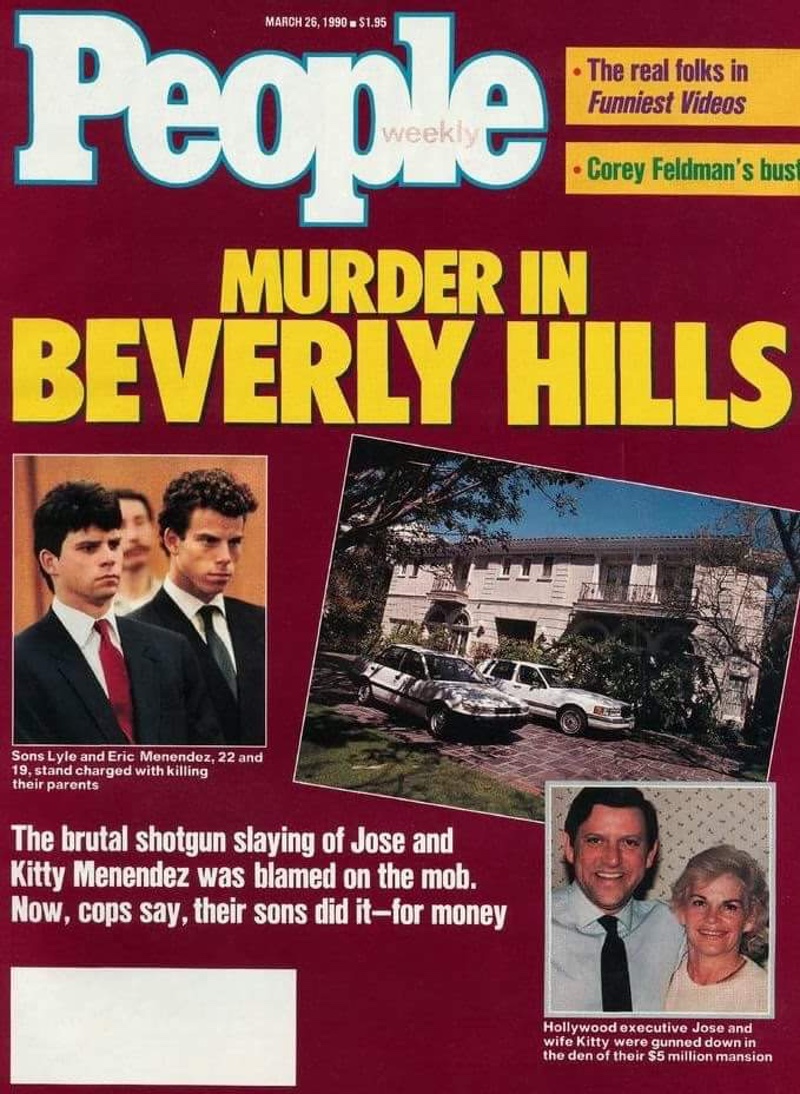 I began covering the Menendez case for the Miami Herald the morning after the murders on August 20,1989.

I clearly remember the early days of the BHPD investigation that September.

The Menendez case was only on the national media radar for about a week.

On August 25, the Wall Street Journal ran a story with the headline “Hints of a Mob Rub Out.”

All of the early media speculation was focused on a connection between the Jose’s home video business and the Mafia.

It was years before the internet, social media, and the 24-hour news cycle.

I spent two days with Lyle and Erik Menendez in October 1989 while reporting a biography of Jose Menendez’s rags to riches story that ended in tragedy.

The brothers told me loving stories about their parents and were emotionally appropriate.

They were not suspects publicly and I had no reason to be suspicious of them.

The story didn’t make the cover of People magazine (photo) until Erik and Lyle were arrested in March 1990.

(Did I mention I was one of the writers of that story?)

On the day Lyle Menendez was taken into custody, the Beverly Hills Police chief told reporters, “Who knows what really goes on within a family?”

What did the brothers tell me two months after the homicides and five months before they were arrested?

It’s in the book – Chapter 7 – “Who Killed the Next Senator from Florida.”