It’s hard to believe, but it’s been a year since the premiere of NBC’S Law & Order True Crime: The Menendez Murders.

I was hired as a consultant by Dick Wolf and series creator Rene Balcer in July 2016.

Over the next 14 months, I was part of a team of talented producers, writers, and an amazing cast led by Edie Falco – an Emmy nominee for her role as Leslie Abramson in the series. 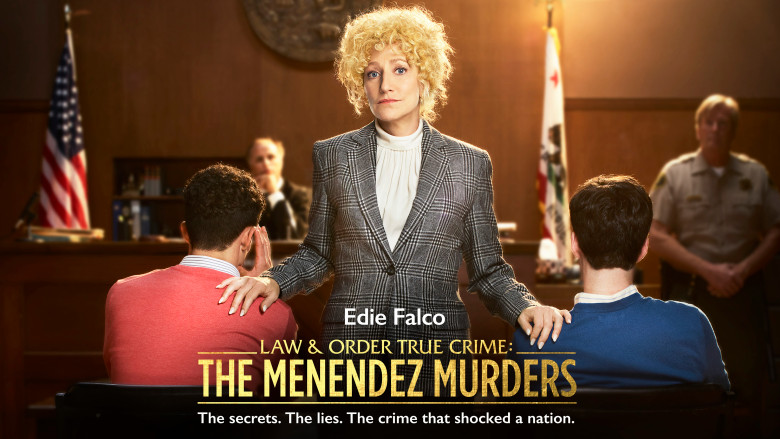 I answered email questions daily for Balcer and the series writers. They didn’t just take my word for it – they hired their own independent researchers.

For several months, I even moved all my reporting files into the offices at Wolf Films on the Universal Studios lot.

Production began on locations around L.A. in June 2017.

The best I was hoping for was a balanced story – half defense and half prosecution – just like journalism.

I was astonished when they showed me the 40-page outline.

They had totally adopted my POV – a story about intergenerational abuse that was completely the opposite of the inaccurate “greedy rich kids” narrative created by the mainstream media.

The LOTC series is streaming on Hulu and was just released on DVD today.

Thank you Dick Wolf and NBC for sharing the truth!